Hi there! This site hopes to answer a little wish that I have had for a while, to have a web presence for my favourite aircraft collection on the planet, that of the Museum of Transport and Technology (MOTAT). Formed back in 1964 the museum the aircraft collection is the largest in New Zealand and certainly rivals many other major museums in the world. 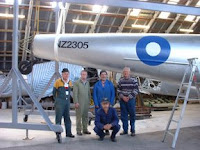 I first visited the museum as a very young boy, and enjoyed every part of exploring the grounds of both the main museum site, and the long over grown grass around the planes of the "Keith Park Memorial Airfield". My volunteer work involvement with MOTAT began as a young teenager (around 1987) when I began to spent Sunday's, and at the holidays Wednesday's helping out around the place. This began with just working on my own, cutting the grass and washing the planes, and ending with many years of learning and adventures with the aircraft collection. 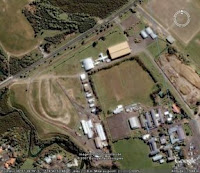 The collection is generally very poorly understood or recorded and I have always been keen to have a website that records the history and current condition of the wonderful aircraft in this collection. This is my second or third attempt at this aim.

For general information on MOTAT in general, and three brief paragraphs on the aircraft collection see the official site at http://www.motat.org.nz/ or for another brief list see the Wikipedia entry at http://en.wikipedia.org/wiki/MOTAT_collections#Aircraft Another good site that has a large number of photos online is at http://www.kiwiaircraftimages.com/musmotat.html

This site is under construction and as such I have simply quoted other sources from the internet for some aircraft. Over the coming months (years) I hope to correct this situation and have all of my own material replacing these temporary entries. My main aim is to share my first hand experiences of the aircraft and their history, as there is so much mis-information on the web and on bulletin boards, at best wrong, at worst, terrible invented stories based on hear say.

Please feel free to contact me for additions, corrections, comments, feedback or complaints, and I hope you enjoy the great aircraft of this collection as much as I have over the last 30 years.