It is always interesting to think about the other aircraft that could be added to the collection of Motat. Of course until the current collection is under cover, any further large additions should be considered very carefully.

An orginal Motat future display hall plan included space for a Fokker F27 Friendship. While an example of this classic civil aircraft would be welcome, there is now already a Friendship preserved at the Ferrymead Museum in Christchurch, and it appears display space is already at a premium for large aircraft. There are three possible Friendship examples at Auckland Airport that could be pursued for preservation in the future. 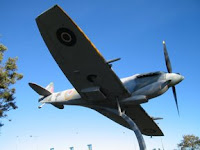 The additions of a real Spitfire, Mustang, or return of the collections stolen Corsair would of course be wonderful, but are almost sure to be out of the scope of the museum now. Perhaps in replica form all three could be within reach though. A fibreglass Spitfire made from the Christchurch example moulds, to live alongside the collections Lancaster, Mosquito and Hurricane would be fantastic.

While of course I think the Corsair would be top of my list for Motat as a replica, and the Spitfire from existing mounds probably the cheapest, another interesting replica with a strong New Zealand connection would be Supermarine Seafire, SW853, marked as AC-F (actually standing for "Aircraft Finishers"). 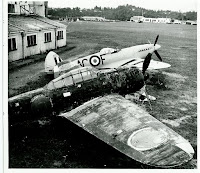 The aircraft was being operated by the 804 Squadron Fleet Air Arm  when it was left behind by the HMS Theseus in August 1947, after being damaged in a landing accident. It was originally given to the Royal New Zealand Navy, but was later used at the Aircraft Finishing School at Hobsonville TTS and eventually broken up there sometime after May 1952. As one of the ultimate developments of the famous Spitfire, the Seafire is a spectacular and unforgettable shape, and would be great suspended high in the main display hanger. 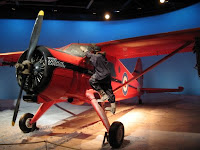 On the civil side a De Havilland Beaver would expand further the already extensive collection from this classic aircraft designer. There are still a number of Beavers on the civil register and having one permanently preserved on display would be great. There is of course already one in Christchurch painted bright red to represent the famous NZ6001 aircraft operated by the RNZAF in Antarctica. There is also an airworthy Beaver in the same paint scheme with the New Zealand Warbirds at Ardmore.

To join the recently acquired Airtourer, perhaps a Cessna 180, 152, or 172 would be appropriate. There are simply so many on the civil register that they are one of the most well known aircraft in New Zealand. Having an example for demonstration use for schools and the like would be practical. In the small aircraft line, a Pitts Special would also be a suitable addition. 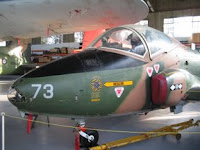 A Strikemaster jet trainer would be great to have to contrast with the older aircraft of the collection and complete the collection of RNZAF jets. There are already several preserved around New Zealand at various museums.

Helicopters are an area that the MOTAT collection are currently lacking, with only a loaned RNZN Wasp currently on display for a short while. An Iroquois and Bell B47 would be excellent examples to expand this part of the collection on the military side. With a civil perspective a Huges 500 is a very well known type in the New Zealand aviation scene and an example should certainly be included. 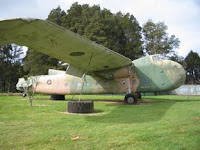 The preservation and display of large aircraft are always difficult, even more so for a museum based on volunteer input. However I still think that Motat could consider the addition of a Bristol Freighter. It represents a type that is both sightly unusual and well known and loved in NZ, and the example that was at Ardmore could perhaps have been repaired for display, though this example has now gone to a very good home overseas. This is certainly not a high priority at all with an example already with the RNZAF museum, and another in taxing condition at Omaka. The wing is in fact in the same ball park as the Lancaster and so housing such an aircraft would be difficult.

The final area of the collection that is lacking is the very early days of New Zealand aviation. An Avro 504K, F.2B Bristol, Dh4 and DH9 come to mind, but luckily for New Zealand the Omaka collection in the South Island covers this period extremely well. Perhaps then a replica Walsh Flying Boat, or Supermarine Walrus would be a great airframe to display.

I do think that it is important for the collection to remain focused on aircraft with direct New Zealand history. Aircraft that simply cannot be realistically preserved inside should not be added to the collection, counting out such airframes as a 737.