The Hind was a wonderfully sleek and well proportioned interwar biplane. The British design was a Royal Air Force light bomber of the inter-war years produced by Hawker Aircraft. It was developed from the Hawker Hart day-bomber introduced in 1931.

The Motat example, NZ1518 (ex K6717) was from production batch 3 was later modified by General Aircraft Ltd as a trainer. The aircraft is known to have served with 98(B) Squadron and the Special Duties Flight. Assigned to New Zealand on August 20, 1940.

On 20 November 1941 the Hind crashed in the hills behind Waikanae. The plane was piloted by G Stewart. The plane flew into cloud over the Waikanae foothills and the pilot became spatially disoriented, lost control and spun into the ground in thick bush. The plane was returning from Paraparaumu to Ohakea. The pilot survived the crash and walked out. In 1971 the wreckage was removed from the bush and stored.

This aircraft was under restoration by Don Subritzky at his Albany workshop for eventual static display with MOTAT.

A set of wings were donated to the museum and they were on display for some years at the Royal New Zealand Air Force Museum at Wigram Christchurch, fitted to a Hind fuselage put together by Don Subritzky. This was on display for a few years before all parts were returned to Don's collection based north of Auckland. 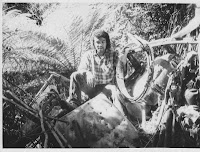 I have photos in my collection of the Hind being recovered from the bush. Included in the photos is the pig hunter who first stumbled upon the crash site and wreckage. I'll try and get around to scanning a few more to post here along with my stories of the parts and basec fuselage that had some work undertaken.

Other Survivors
(1) NZ1517/K6687 - Airworthy rebuild with Subritzky family in Auckland
(2) NZ1535/K6721 - Static example with Subritzky family in Auckland
(3) K5414 - An airworthy ex-Afghan Hind flies with the Shuttleworth Collection, painted as K5414.
(4) The RAF Museum Cosford has an ex-Afghan example painted in period Afghan markings. The aircraft is exhibited was presented to the RAF Museum by the Royal Afghan Air Force in 1968. Although it differs from British Hinds in certain details it is hoped that one day this aircraft can be returned to Royal Air Force colours.
(5) L7180 - The Canada Aviation Museum in Ottawa has L7180 which was flown by the Afghan Air Force through the 1940s and used as an instructional airframe to train aircraft engineers during the 1950s until disposed of.
(6) L7181/G-CBLK - Known to have been serialled L7181 was built in 1937 and served with No. 211 Squadron RAF until being sold to Afghanistan in 1939, and is undergoing long-term restoration by the Historic Aircraft Collection, which occupies one of the Imperial War Museum hangars at Duxford, having previously been in the Canada Aviation Museum collection.

Photos
- similar Hind to the Motat example being worked on at Dairy Flat (Richard Wesley)
- photo from RNZAF publication of Subritzky fuselage and Motat wings on display at the RNZAF museum in the late 1980s.
- wreckage in the bush recovered by Motat volunteers in the 1970's (Richard Wesley Collection)
Posted by Richard Wesley at 04:15