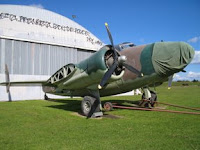 Hudson NZ2301 is a very important part of the collection of WWII aircraft at MOTAT.

This type of patrol bomber was developed from the Electra airliner to a pre-war RAF specification, but the first Hudsons did not reach New Zealand until 1941. Ninety-four Hudsons were operated by the RNZAF both here and in the Pacific for transports, air sea rescue and training.


The aircraft at MOTAT was shipped to New Zealand aboard the SS Manuel, and was brought on charge by Unit 1 at RNZAF Station Hobsonville on the 29th of October 1941. Re-serialled NZ2031, the aircraft was assembled at No.1 Aircraft Depot, Hobsonville. It was then despatched to No.2 (GR) Squadron at RNZAF Station Nelson on the 2nd of January 1942, and received the unit code UH-H. From August to October 1943 the aircraft was serving with No.3 (GR) Squadron at Espiritu Santo, and later the aircraft was used as personal aircraft for AOC No.1 Islands Group, RNZAF - Group Captain Geoffrey Roberts. It was then based on Guadalcanal and wore a bare metal scheme with RNZAF operational roundels.

It returned to New Zealand by early 1945, and went to the Air Navigation School, RNZAF Station Wigram March 1946, where it still wore the bare metal scheme and was coded "F". NZ2031 made its last flight from Wigram, transiting to storage at RNZAF Station Taieri, Dunedin on the 19th of August 1948. The aircraft was sold by WARB tender 8699 from Taieri to Mr. Carr on the 9th of May 1949. Carr stored the Hudson on his farm near Dunedin on the peninsular. The wings had been torched off at roots. He used it as a farm shed.

On a trip to the Museum of Transport and Technology in the mid 1960's, Carr called at the museum office and offered his Hudson fuselage to the museum. NAC provided complimentary tickets to Motat to fly two people down to inspect it. Harold Stone, Motat's director, and also the president of the Aviation Historical Society of New Zealand, flew to Dunedin via Christchurch. They had arranged for Bruce Norton, a Senior Engineer with the Ministry of Works, to help arrange things at the Dunedin end. When Stone and his companion arrived, Norton and a group of Air Training Corp cadets were ready to assist in the shifting of the fuselage. They transported it to Momona Airport, west of Dunedin, where the RNZAF had pledged to pick it up by Hercules to transport north. The RNZAF saw it as a good training exercise in logistical support, as well as a good will venture. The airport authority gave permission for it to be stored till a Hercules came to pick it up. Eventually the aircraft was retrieved, and flown to Whenuapai, from where it was trucked down to Western Springs to join the MOTAT collection. A great deal of media attention was attached to the salvage of this aircraft, using maximum publicity that Motat could at the time, in order to raise public awareness of the aircraft and the museum.

This aircraft was restored from the ground up by Lockheed enthusiast and long time MOTAT volunteer Barry East, an Auckland bank manager. He virtually completed the aircraft restoration before he passed away in 1984. It was a massive undertaking as the fuselage was a stripped shell and the wings had been gas axed off the aircraft. This meant a large amount of work to re splice the outer wing sections so allowing the aircraft to once again stand on its own undercarriage. The wings prepared for the aircraft are in fact ex Lodestar examples donated by Fieldair. 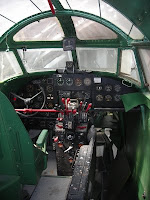 Unfortunately space constraints have resulted in the completed Hudson items (fuselage, wings and flaps) being in storage or limited display for over twenty years, but being undercover and well looked after the aircraft is still in exceptionally good condition. During this time though some minor items of vandalism by uncaring museum visitors have occurred to the external aerials, and the paintwork is looking worn in places. There are also signs of corrosion evident in some areas and so the aircraft will require some further ‘catchup’ restoration attention before being finally assembled for display in the new main aviation hanger extension.

Due to the fact that the main spar was gas cut a huge rebuild of the entire center section of the aircraft would be required to regain airworthy status. Possible, but highly, highly unlightly.

Two other examples of the medium bomber exist along with various other fuselage sections in various states around the country:

Further information on Hudson fuselage survivors can be found at:
http://www.cambridgeairforce.org.nz/RNZAF_Hudson_Survivors.html 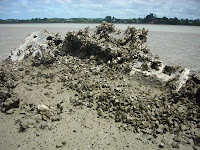 There are further Hudson remain off the Greenhithe Bridge in the upper Waitamata Harbour that can be seem at low tide. This aircraft crashed while on approach to the nearby airforce base.