MOTAT (Museum of Transport and Technology) is located at Western Springs, Auckland, New Zealand, and is spread between two sites connected by a tram line service. Most of the aviation displays and aircraft (everything except the 1900 Pearse Planes) are location at the second site now known as the 'Keith Park Memorial Airfield', or MOTAT 2.

The museum was founded in the 1960's and grew strongly during the next decade. Motat is solely responsible for the preservation of an incredible collection of important New Zealand aviation history which would have otherwise certainly have been lost to the scrap merchants. With the RNZAF having no interest in aircraft preservation (it’s Wigram museum still decades away) and only a handful of aviation enthusiasts with the time, money, and most importantly the foresight, to save a few smaller airframes, Motat must be credited with some of the most important historical aviation rescue efforts seen in any country. 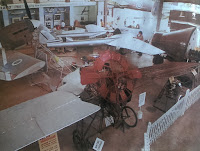 The first aircraft displays were placed at the main Motat I site at Western Springs, with the Lancaster sharing space alongside other smaller aircraft. With the acquisition of the Solent and Sunderland flying boats and other larger aircraft it became clear that further space was required, and Motat II at Meola Road, a short distance away, was added to the museum in the 1970’s. Space was also used for storage and restoration at Ardmore Airfield in south Auckland, and Silvia Park in the eastern suburbs of Auckland.

A row of buildings was constructed to help with the restoration projects of the museum and these included the 'Hudson Workshop', the 'Rugby Shed', and a large relocated historic wooden 'Belfast Hanger'.

In 1987 a major new hanger was constructed for the star exhibit of the museum, the Avro Lancaster bomber. This was extended to allow the indoor display of the Short Solent flying boat a short time later. The aviation section area of the Motat certainly had it's low point in the mid eighties, between when in 1984 an important volunteer Barry East passed away, and when curator Tom Crail rejoined the effort in 1987. A Wings magazine articles labelled 'Motat's Moldering Monsters' came out during this time which quickly turned opinion against the large collection of aircraft outside, and is still used as justification for thief of museum items, derogatory remarks, and no end of vastly incorrect stories regarding the real condition of the airframes.

Tom Crail was a huge force behind ensuring the collection halted its decline. At the time the workshops were like little ghost buildings, with tools, materials and dismantled aircraft parts sitting covered in dust, where they had been left years before. A Merlin engine was laid out completely disassembled, the mosquito fuselage was sitting ready for its paint job, the aircraft of the Belfast Hanger sat quietly covered in bird droppings. A line of aircraft sat neatly outside on the long grass, Solent, Sunderland, DC3, Lodestar, Agwagon, Harvard.

Our stated aim was to ensure that as many aircraft as possible were undercover out of the weather, and with careful planning and a large amount of ingenuity, within a few years only the Sunderland and Lodestar remained exposed to the elements. The main factors allowing for this major change were of course the large hangers for the Lancaster and Solent, the raising of the Ventura onto high posts to allow storage of aircraft underneath, and the partial dismantling of the wing tips and control surfaces of the DC3, and returning the Avenger from Dairyflat. Factors acting against us were the inclusion of worthless replica aircraft in the main hanger, the relocation of aircraft displayed at Motat I back to Motat II, the closing of Silvia Park storage facilities, the battle of finding money, funds, tools, equipment and man power, and last, fighting legal battles with ex volunteers over the now valuable fighter aircraft of the collection. This period was slow hard work to say the least, and left no time for restoration work except for getting the show piece Lancaster repainted and turrets and cockpit completed. 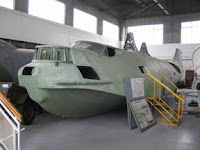 Some rationalisation of the aircraft collection had to take place during this time, with the need to complete certain projects at the expense of stored items that were always going to be beyond the scope of a volunteer restoration organisation. The remains of Mosquito wings were shipped south for rebuilding by the RNZAF museum in exchange for Vildebeest and Vincent parts, as well as the P47 which was a chopped up wreck even when it arrived a the museum for use as a gate guardian. The Hawker Hind parts went to a long time friend of the museum at Dairy Flat for long term static rebuild. The Antarctic Auster wreck was swapped with the RNZAF for a restored example ready for display. The badly damaged Catalina fuselage had already been donated to the RNZAF and transferred to Hobsonville.

With the major headaches, relocations and reorganisation completed, the mid to late 1990’s allowed for some actual aircraft work to take place finally. The DC3 repaint work was begun, efforts on the preventing any further deterioration of the Sunderland got underway, and the Avenger was placed in the workshop to start treating serious corrosion in undercarriage wells.

The turn of the century saw the curator baton handed on to Norm McKelvey, who with considerable energy and enthusiasm has pushed forward with many excellent restorations on the Agwagon, Airtruck, Harvard, Fox Moth, Tiger, Tui Sports and Mosquito among others. With this increase of activity was a requirement for more space, and resulted in the main workshop area moving to the Belfast Hanger.

It was at this time also that the financial structure of Motat was for the first time secured by an Act of Parliament, allowing for a whole new approach to museum management, and the aircraft collection, to be begun for the first time. The results have been startling, with restoration projects taking leaps and bounds, and the always present need for a large display hanger finally moving from a long held pipe dream to perhaps a reality in the near future.