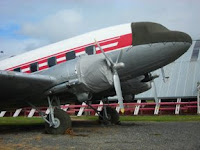 ZK-BQK Transport 1945 - 1973. One of the most famous and enduring aeroplanes ever built, the DC-3 has been used as a secluded airliner, for troop carrying, VIP transport, paratroop drops, topdressing, and now for tourist flights. This aircraft was operated by the RNZAF, Polynesian Airlines, and NAC. 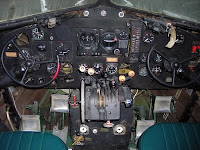 To get this aircraft out of the weather the then aviation curator Tom Crail came up with the idea of raising the Ventura aircraft in the Belfast Hanger onto poles to make more room. This excellent inventive idea allowed out classic DC3 to be undercover for the first time since coming to the museum in 1973, although we still needed to remove the wingtips and tail control surfaces to squeeze her in. The move indoors allowed for paint stripping, corrosion treatment and repainting to take place. 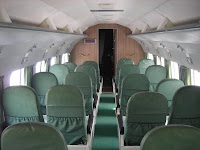 The DC3 is now back outside again awaiting the construction of the new aviation hanger extensions. With her new coat of paint, custom made cockpit and engine covers, and delicate fabric covered control surfaces removed for indoor storage, she is looking good. 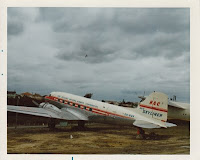 Although not an expert, I would certainly venture that with some further repairs to the usual DC3 wing root connection fairing corrosion, a full airframe check, and some newly overhauled engines, there is no reason why BQK could not take to the air. 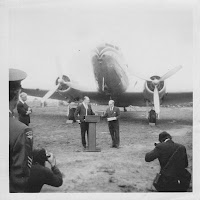 More from Kiwi Aircraft Images: "ZK-BQK (c/n 16576/33315 ex 44-76983, NZ3844) C-47B was taken on charge by the RNZAF on June 14, 1945 and struck off on July 17, 1952. The aircraft was damaged in a landing accident having run into a windsock while making a single engine landing. The aircraft was sold 'as is' to NAC who stripped it of parts and put what was left in storage. The aircraft was registered on May 10, 1956 and converted for passenger services. It entered service on October 16 1957, and operated as 'Koreke'. Converted to Skyliner standard in June 1963, the aircraft was renamed 'New Plymouth'. Withdrawn by NAC in December 1969, the aircraft was leased to Polynesian Airlines. After retirement, the 50,345 hour veteran aircraft was donated to Motat on July 23, 1973. The aircraft is displayed in its former NAC colours."

There are a number of DC3's surviving around New Zealand (with of course many hundreds more around the world). The complete other NZ airframes are: 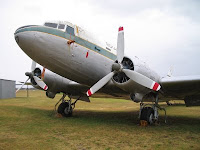 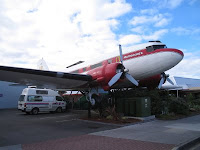 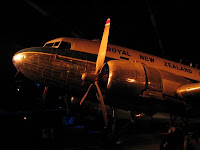 There are also several fuselages and cockpit sections including a Gisbourne wine bar, a trailer mounted air show display, and a nose in storage with the RNZAF museum.