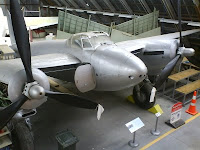 The Mosquito is one of the greatest aircraft of all time, with its fantastic wooden construction, and outstanding performance.

This aircraft began life as an FB.40 serialled A52-19, but was converted while still on the construction line at De Havilland Bankstown to a trainer T.Mk.43 and re-serialled as A52-1053. Taken on charge by the RAAF on August 6 1946, the aircraft went into storage at 3 Aircraft depot at Archerfield, Queensland. 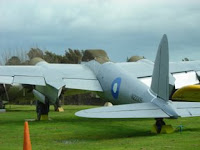 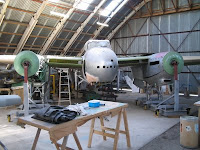 In 1967 the derelict aircraft was donated to Motat and recovered by a group of volunteers. It was in terrible condition with borer and rot affecting large parts of the aircraft structure, from the massive wing spars to the delicate balsa and plywood fuselage. MOTAT volunteers faced a difficult challenge to repair this damage and replace many missing parts.

Spare-timer restoration commenced and continued on and off for the next 20 years years. Work was undertaken by several groups, including teams led by Peter Dingwall and later by Dave Stewart. During this period the Mosquito was moved between various temporary workshops. In 1974 it was towed on its wheels from Western Springs to the MOTAT hanger at Ardmore, then in 1981 towed back again to the Belfast hanger at Meola Road.

The fuselage separated from the wings at some stage and repairs and repainting completed before work again came to a stop. In the 1990's a cradle (from an old cherry picker chassie) was formed to allow the fuselage to be repoitioned easily. In this form the aircraft was on display for some time in the main hanger. 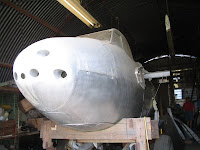 The aircraft wings were rebuilt by the RNZAF Museum in Christchurch to an amazing condition and returned to Motat in exhange for the P47 on display the museum for some time. After further time in storage the two major components were reassembled in 2006.

By 2007 the aircraft was generally complete and spent some months outdoors while the Belfast Hanger was repositioned and renovated. Back inside in 2009 the propellers (actually Lockheed blades) were fitted and work continues on interior fittings. The aircraft is now on public display in the main aviation display hanger positioned beside the Avro Lancaster Bomber.

This short youtube video gives a brief historical overview of the Mosquito bomber. 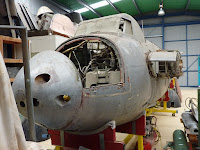 NZ2382 Ferrymead - The aircraft was built by Standard Motors of Coventry as an FB.VI for the RAF. Serialled HR339, the aircraft is a combat veteran, having served with 487 (New Zealand) SQN at Thorney Island and later with 16 SQN. Sold to the RNZAF, it left RAF Pershore on October 16, 1947 flown by F/L F.J Adams and F/O M.J. Fry. Delayed at Luqa, Malta while an unserviceable engine was replaced, it did not reach Ohakea until March 24, 1948 (flown by F/L Bailey RAF and W/O R.M. Cattermole). A taxying accident (due to ground subsidence) while on the way to Taieri for storage saw the aircraft grounded at Wigram. Sold by Government Stores Board tender No.4980 in May 1953, it was recovered from a farm at Pigeon Bay, Banks Peninsula by the Ferrymead Aeronautical Society. The aircraft is currently under restoration and is being utilised with NZ2328 for a composite rebuild to static display. 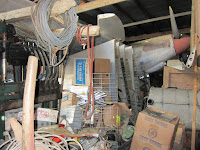 NZ2336 John Smith - The aircraft was built by Standard Motors of Coventry in October 1945 as an FB.VI for the RAF. Serialled TE910, it was delivered to 27MU (Shawbury) on November 19 and put into storage. Sold to the RNZAF, it left RAF Pershore on December 19, 1946 (flown by Pennie and Dickinson, an RAF crew) and arrived in New Zealand on Apr 24, 1947 - where it was again stored. Activated to serve with 75SQN in 1951-52, the airframe amassed only eighty hours and thirty-five minutes. It was again put into storage at Woodbourne on April 22, 1952. The aircraft was sold (one of the final batch tendered in Government Stores Board tender No.6326) in November 1956 to John Smith, who apart from cutting the aircraft for road transport has restored the aircraft as near as possible to original condition. Stored undercover for much of the time. this is the most complete RNZAF survivor. 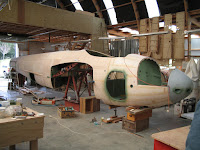 NZ2308 Glyn Powell - Like NZ2305 above, this aircraft began life as an FB.40 serialled A52-20, but was converted while still on the construction line at De Havilland bankstown to a T.Mk.43 and re-serialled as A52-1054. It was delivered on June 13, 1947 by by F/L R.K. Walker and F/L F.Whitely. At the end of its RNZAF service this airframe had accumulated a little under 480 hours. From the last batch of aircraft declared surplus on June 30, 1955, it was sold through Government Stores Board tender No.6326 in November 1956 to ANSA Orchard Equipment Co, of Upper Moutere for scrap. It was then purchased by John Morgan of Riwaka. The remains of this aircraft are undergoing a radical rebuild by Glyn Powell in Auckland - he has built new fuselage moulds with the intention of producing a new aircraft incorporating metal parts from the original NZ2308 and other aircraft.

NZ2355 - The aircraft was built by Standard Motors of Coventry as an FB.VI for the RAF Delivered to 27MU (Shawbury) on October 22, 1945 it was serialled TE863. The aircraft served with the Empire Central Flying School at Hullavington from March 17 to May 9, 1947. Sold to the RNZAF, it left RAF Pershore on July 22, 1947 (flown by F/O Connors RAF and F/O W.J. Shannahan), and arrived in New Zealand on August 21. It was then put into storage at Woodbourne until disposal. Sold through Government Stores Board tender No.4981 in May 1953, possibly to Aircraft Supplies Ltd of Palmerston North. It went to Mr T.L Haymen an M.P. of Oamaru for a museum, and the remains of the aircraft later came into the possesion of Ted Packer. He amassed a large quantity of components for a restoration project, which were later passed to the RNZAF museum. The remains are stored by the RNZAF Museum, with the aim of being rebuilt to static display utilising components from a number of aircraft.